EXCLUSIVE 15% OFF MACHO BEARD COMPANY AT THE BOTTOM!

Our friends from Macho Beard Company developed a brand dedicated to the care of beard and skin. The Macho Beard Company’s potions are fruit of several years of study and try, and development of mixtures, created with natural ingredients, essences and vegetable oils of the highest quality and concentration that admits the skin, and the inimitable Formula Macho.  All their products are created by themselves, of traditional form. They also make oils, balsams, and waxes.

They were so in love with Urban Shepherds Boots that made of Tiago Maximo an ambassador of their brand.

Tiago Maximo is the entrepreneur behind our brand of handcrafted leather boots Urban Shepherds. He is a passionate Portuguese, who came a few years ago to Barcelona, and here he decided to start his dream of wearing urban adventurers of the entire world.

Tiago has captivated us with his energy, and his mojo, and since it fits perfectly with Macho Beard Company’s spirt, from now on he makes part of the family as an official ambassador of the brand. We have sat down a while to chat with him and we want to invite you to read the conversation that we had, and to know better his brand, Urban Shepherds. 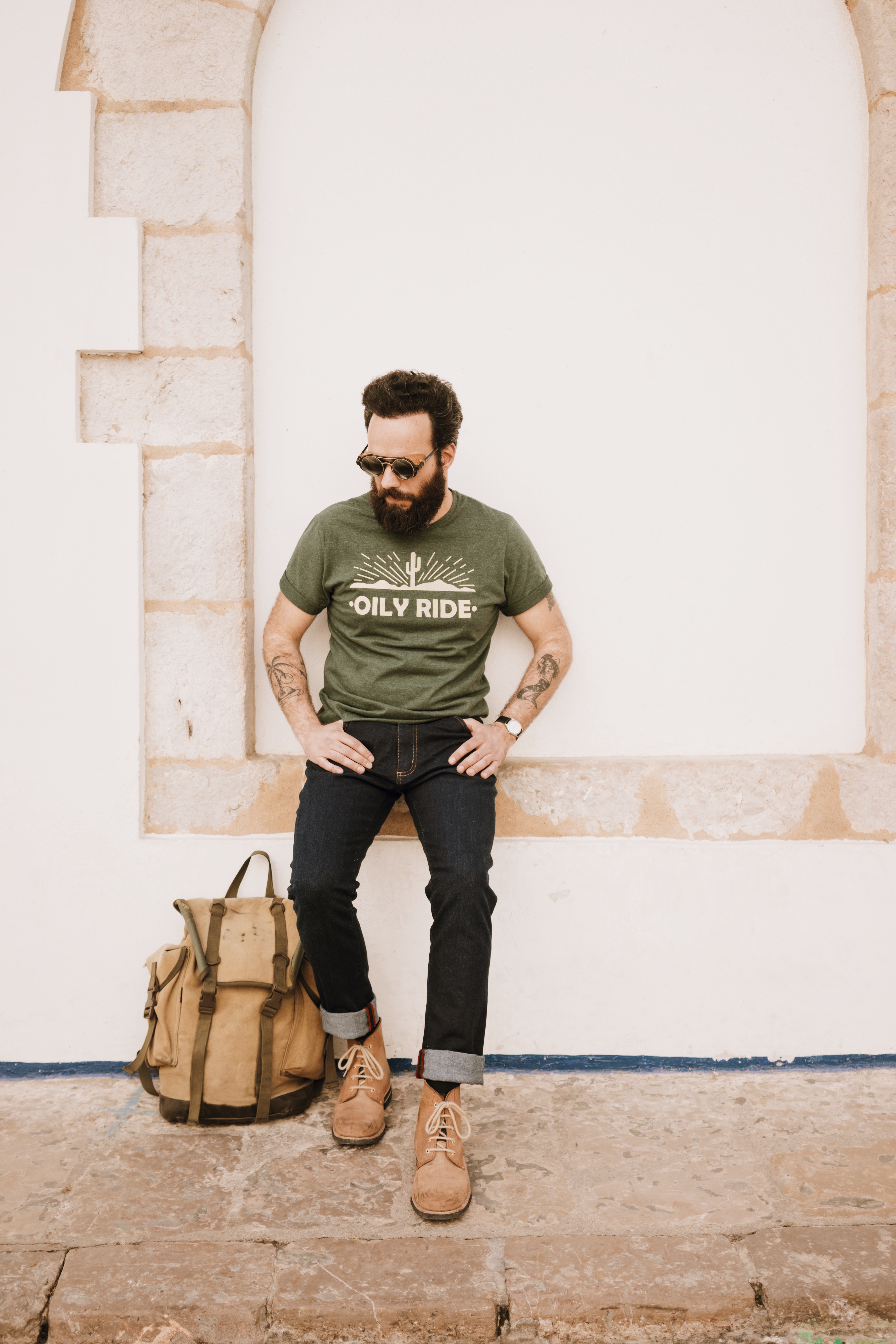 As a child I always saw the leather boots on my grandfather’s feet, and it was fascinating to see how leather was achieving personality throughout time. As they were ageing and changing its texture, my interest was increasing. Some parts of the boot were getting worn out more than others, and different were scratched by some rocks or branches in the fields, and the tops were toasted by the heat of the chimney in winter.

The boots that my grandfather was using were the footwear of the hard-working class of the 50s in Portugal, so they were robust, they were boots of work, the footwear of the shepherds and farmers, of bricklayers and technical personnel, workers … I was never a fan of the consumption of using and throwing, nor have given too many attention to the fashion and trends. I’m the kind of man who prefers being ruled by the genuineness and the quality of the things. That’s why I kept using my boots, though they were not fashionable. All my universe of experiences was being reflected in the leather of the boots, and together we move to live in Barcelona. There the people were attracted very much to them, and they were constantly asking me where they could buy some. Unfortunately, every time they were less the places where the boots could be obtained. Then I had a vision: making the boots myself, in Portugal, with the same handcrafted methods of the past, and keeping its original appearance, but using natural and recycled materials of the highest quality to guarantee the minimal impact in the environment.

Urban Shepherds boots are handcrafted with traditional methods. We work with small workshops that have made handcrafted boots since the 50s. Some of them reunite four generations working in the industry of footwear. These are boots that we have been perfecting depending on the feedback of our clients, up to achieving the perfect harmony between a classic and timeless design with the needs of the urban adventurers who take them. 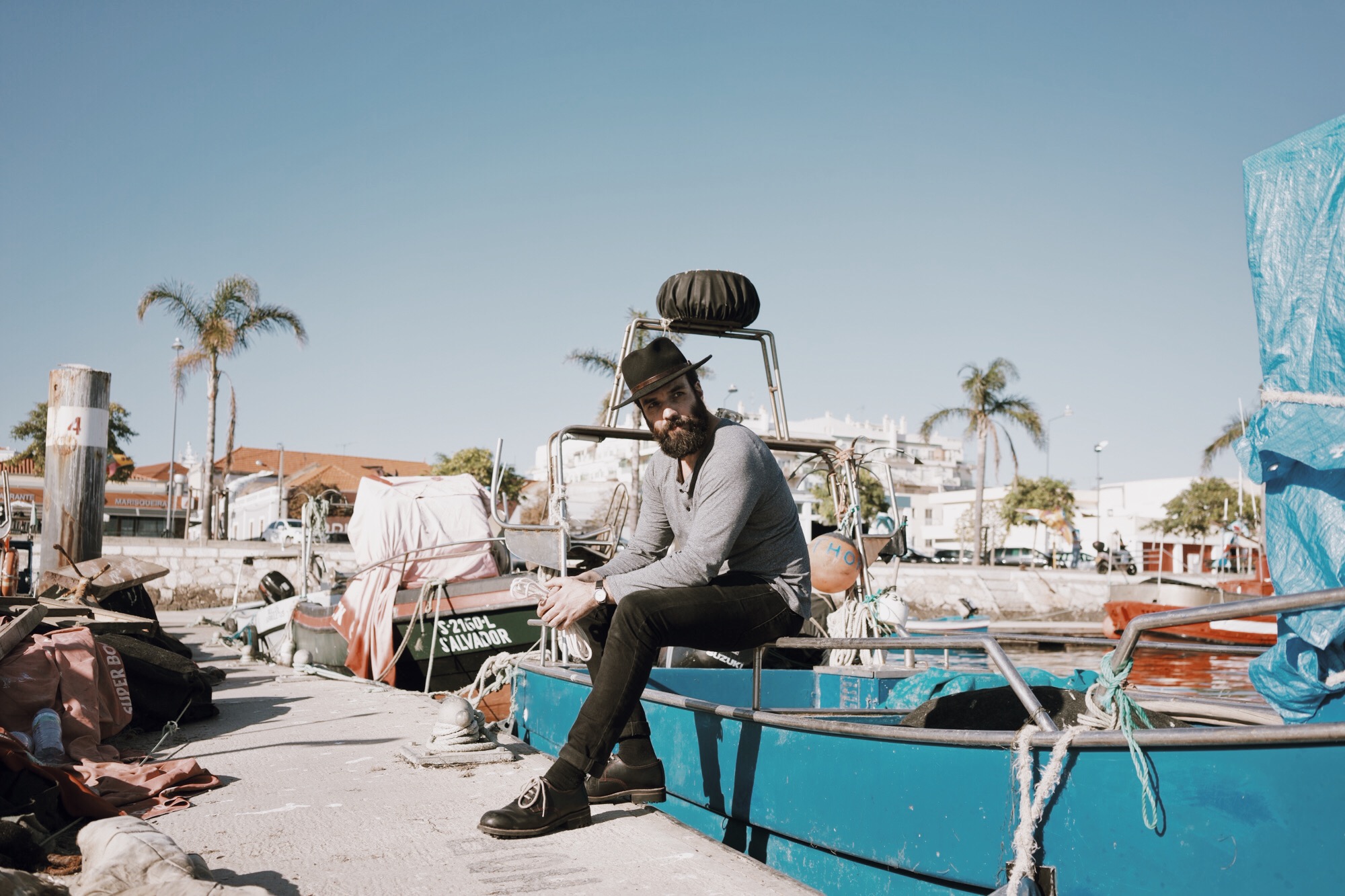 With lots of magic and motivation. I think I have crossed all the classic steps of a new entrepreneur, with his high and low moments. It is not easy to undertake, and less when you do not come from a managerial environment, neither your formation has been specific in this respect. You have to learn so many different areas, from the product development, to the financial area, the marketing … And by snatches it can turn out to be a bit heavy and lonely. In my cases I fought to the clear aim to take these boots to a level that only I could obtain, and every day I repeat to myself this mantra to continue extracting forward the project, the brand and the product. To approach it as a great challenge is one of the keys to keep the illusion alive despite the obstacles.

My father had his beard since a very young age, and I suppose his image remained in my head. But at the age of 14 or so I started leaving my own beard grow, I suppose that more for laziness than other motivation. I remember I shaved only on Fridays.

Hereinafter, already in college, I left the beard during the last year, when I was doing my nursing school practices. There I realized how a small physical characteristic can influence in your social relation with others. I realized that with beard people were respecting me more, they saw me as an adult, and it was something that they were doing unconsciously.

In addition, as I left the beard grow ten years ago by then, no one had one, so I turned into the “barbas” of my group of friends, the girls were saying to me that I should shave, and it was definitively something that was characterizing me. A few years ago, when the boom arose and the whole world started to let their beards grow, I even thought to shave my own. But it’s such a hearted element to me, that I am incapable to do it. 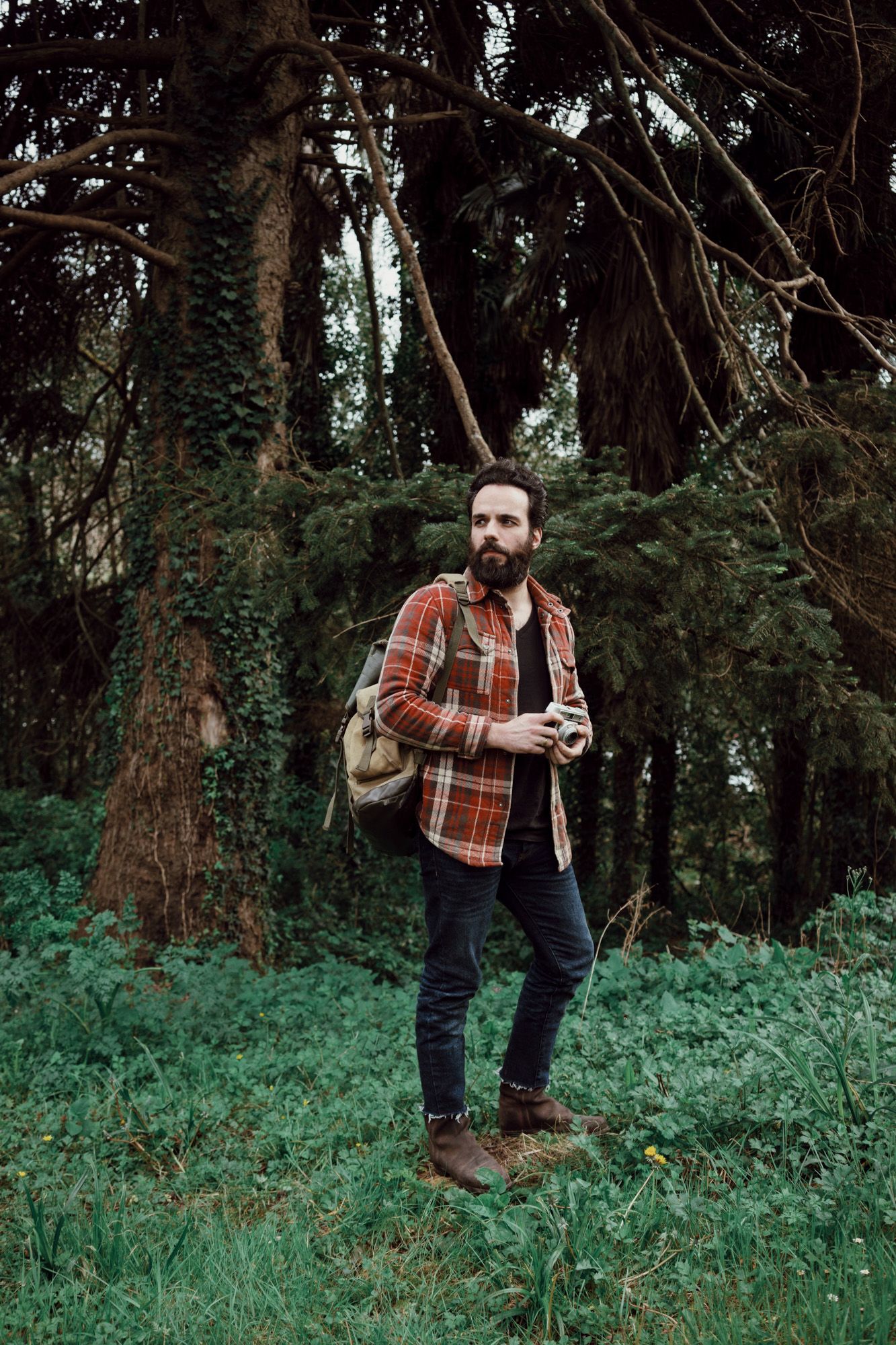 Very similar to those with my hair, that is to say, I wash and condition every day. I even do it in a more exhaustive way, since I have a very sensitive skin and with a trend to the seborrhea and irritations, for what I must take care every day of the condition of my skin.

Precisely for this condition I fell in love with Macho Beard Company´s products. It had tried so many products that the only thing that they were doing was to irritate my skin, and when I finally proved the Macho soap for beard for the first time, in two or three days they eliminated my problems of sensibility of the skin. Since then, I use it every day and continue hallucinating with the cleaning effect and nourishing that was feeling in the skin after the wash of my beard.

In addition, I use several of the oils, depending on how I feel that day I apply one type or other on my beard. And my wife is charmed with all the smells of the products, and that counts!

The dreams that move my life are many. The one that puts me more is the search of the freedom, understood to all the levels: social, financial … I Think that the most important assets which we possess is our time, so one of the things at which I am employed daily is to take advantage of mine in the most pleasant way possible, working or enjoying it with friends and family. I’m especially charmed with travelling. To work also, but if I’m given to choose I would prefer travelling always In fact, I would be charmed with taking Urban Shepherds to all the corners of the world! I want to form a family with my wife, to live near the sea. That is a dream that I have from child, and there to be very happy.

SPECIAL OFFER FOR YOU:

15% OFF in any beard care products at:

use the code during checkout: "URBANSHEPHERDS"
worldwide delivery
valid until 31/05/2018
only one use per person allowed
not valid in combination with any other promo or discount